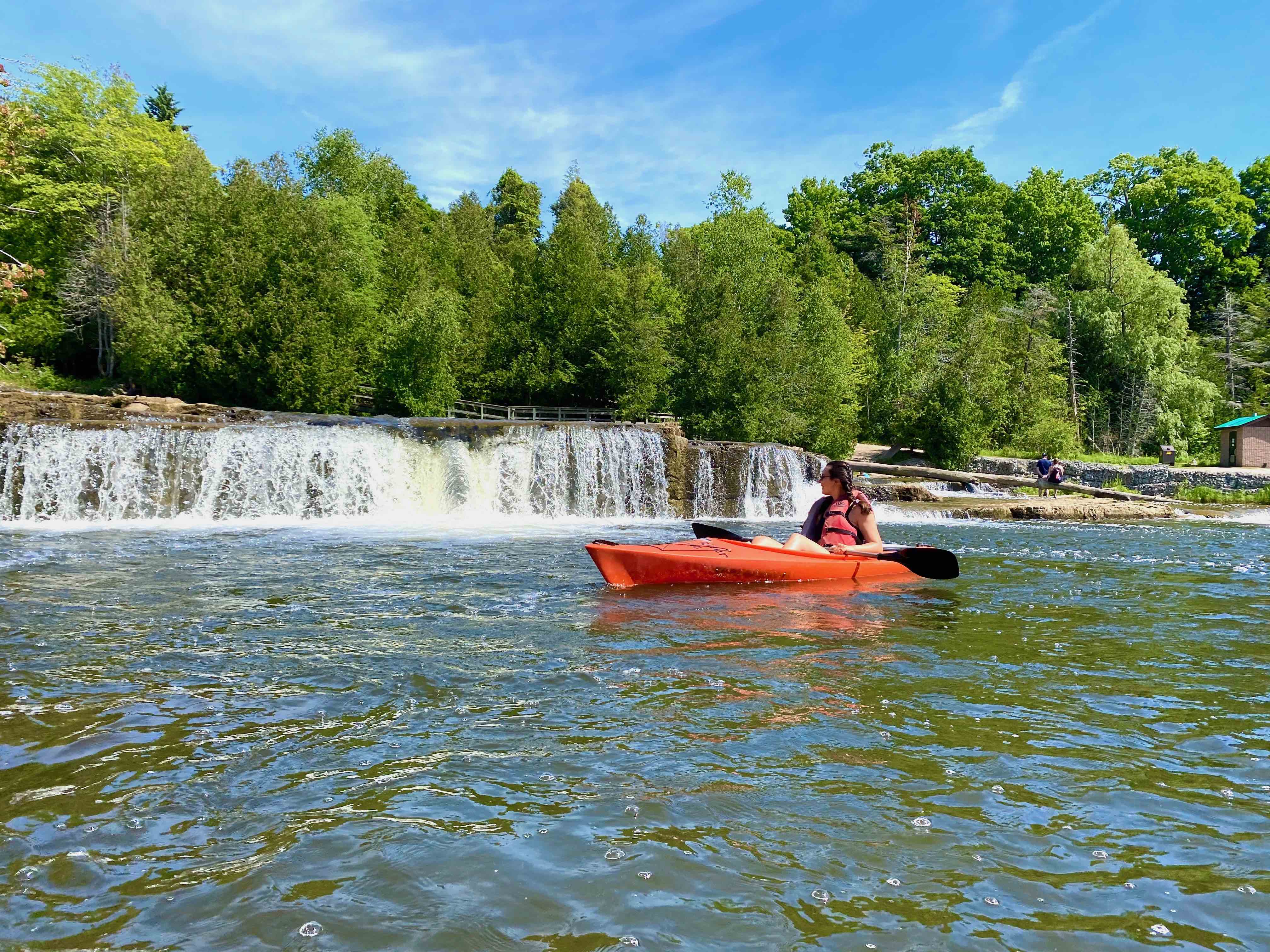 Explore The Village of Tobermory 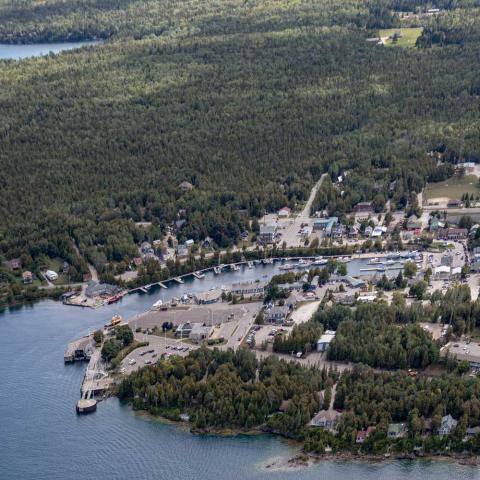 Tobermory is relic of a gone generation. A time when waterfront was seen as a utility, and not a recreation. A time when harbours were bustling as a primary route of transportation - both of people and goods. Like many harbours around the great lakes we now see operations take the form of personal recreation and tourism. Yet this tiny town that rests at the tip of a region known as Northern Bruce Peninsula maintains a small fishing village charm.

Architectural flairs of port side buildings are an ode to the east coast fishery hamlets of Canada. Exploration can be done on foot as the town consists of only a few primary roads. Often times it can be thought that Tobermory is synonymous with The Bruce Peninsula as a whole. To assume this would be to deny it the character it well deserves. Authenticity was never forged in Tobermory - its grown organically since before the first ferry shuttled passengers across the Great Lake to Manitoulin Island in the 1930s. A boom of tourism each summer breathes life into this small community each summer. Travellers looking for an experience within a mornings drive of Greater Toronto that could as easily be a world away.

A resident of the GTA would take a clear and direct route to Tobermory. In reality it’s not much more than one road with a few lateral jaunts. 3.5 hours north from the Downtown Core through Brampton on the 410 - the road changes names on route, so set your GPS and enjoy the journey. While northbound you pass through multiple communities centred around the main route each with a character it’s own. Tobermory rests on the balance between a days trip and a weekend getaway - but don’t think you can see it all in an early afternoon. Once here - take a moment and appreciate how far you’ve come from the reality that exists within metro-areas. This is still a reality - just a simpler one. Tobermory has long recognized its role in Canada's tourism economy. Storefronts stacked side by side on the north and south side of the harbour cater to bring an experience that compliments the “seaside” appeal. A town of multiple art galleries, knickknack retailers and restaurants to suit a variety of tastes. One of the biggest sights to see in Tobermory is the MS Chi Cheemaun. Towering over the modest landscape is a ferry designated to transport over 600 passengers and 240 vehicles across the choppy waters of Lake Huron. Watch as the bow of the ship opens vertically like a giant ducks bill to allow vehicles to board. Combined with the external touches of Indigenous artwork to pay tribute to the region it operates in it is certainly a photo opportunity not to miss. Tobermory also remains synonymous with with the Natural beauty of the northern tip of the Bruce Peninsula. Fathom Five National Park showcases stunning coastline, drastic cliff edges overlooking the bays clear blue waters, and some of the most famous and insta-worthy imagery that Ontario can produce - Flower Pot Island. The island is only accessible via tours aboard a select number of operators - with a constant cycle of tour boats on route to and from the island transportation on and off is convenient - with a reservation. The Grotto is perhaps one of the most famous landmarks in Canada’s geography - and rests easy as one of the key draws of travel in Tobermory. The Grotto is a part of Bruce Peninsula National Park - roughly 15 minutes south of Tobermory.

ADD TO MY ITINERARY
Exploration can be done on foot as the town consists of only a few primary roads. 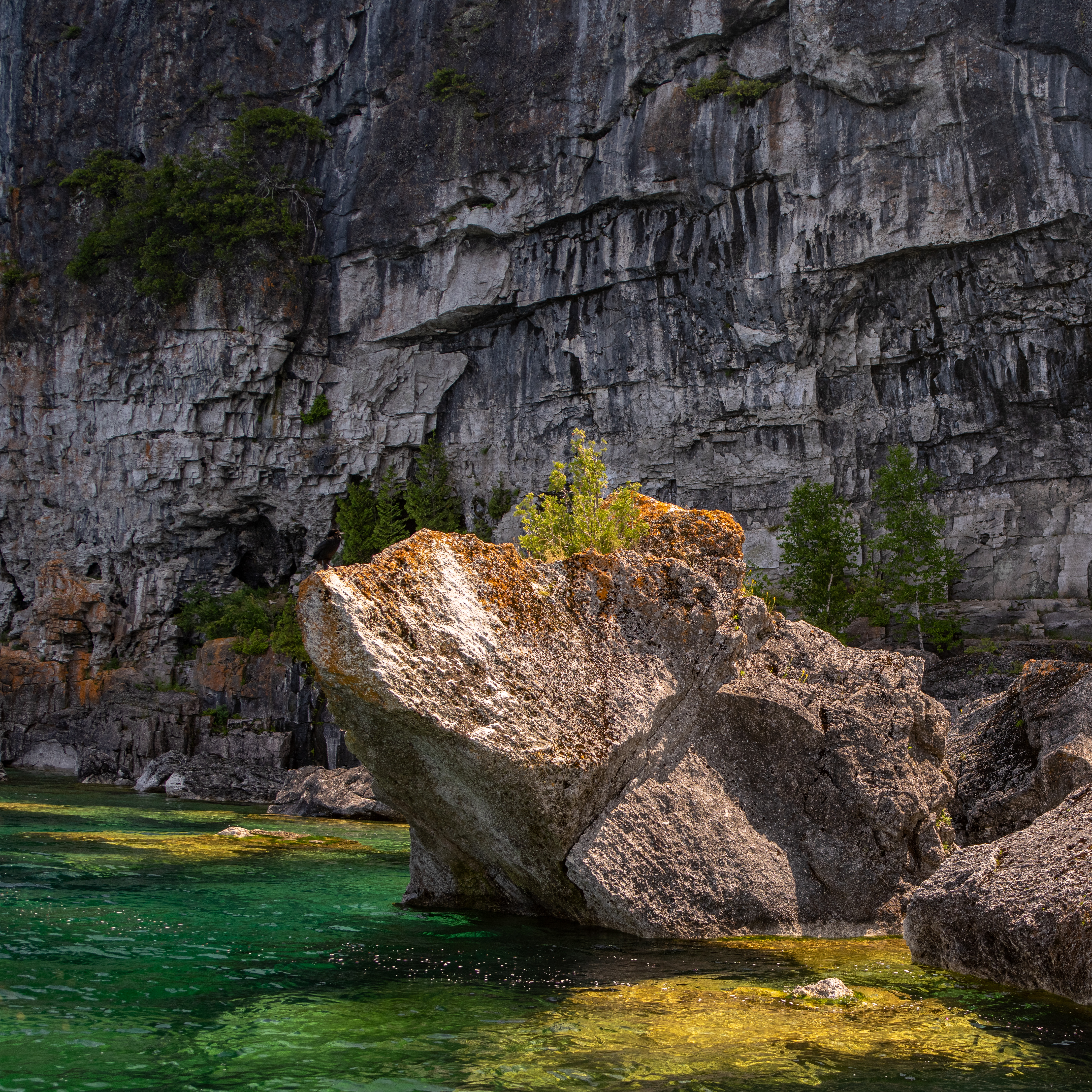